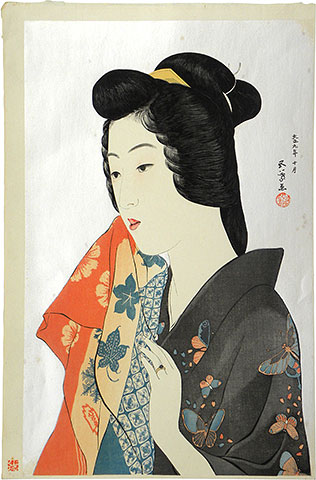 At the time of Goyo's sudden death in February 1921 (at the age of 41) he left unpublished prints in various stages of production. Apparently Goyo was able to select colors for a proof copy of this print (in the collection of the Museum of Fine Arts, Boston, accession no. 50.870), upon which he wrote the name Hisae, identifying a Shinbashi district geisha as the model.