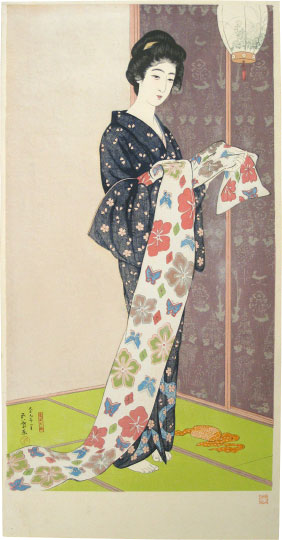 Young Woman in a Summer Kimono
(Natsu yosoi no musume)

This print had reached the proof state before Goyo's untimely death from what began as a middle ear infection (tympanitis) that led to meningitis in February 1921. Goyo's oldest brother, Hashiguchi Mitsugo (1872-1930), inherited the contents of the artist's studio, including his unfinished woodblocks, sketches and preliminary drawings. From the period of 1949 to 1953, Goyo's nephew, the yoga painter Hashiguchi Yasuo (1903-1973), oversaw the posthumous publication of a dozen designs. The blocks were carved by Koike Masazo (for the keyblock) and Maeda Kentaro (for the color blocks), and the printing was done by Taguchi Kikumatsu. 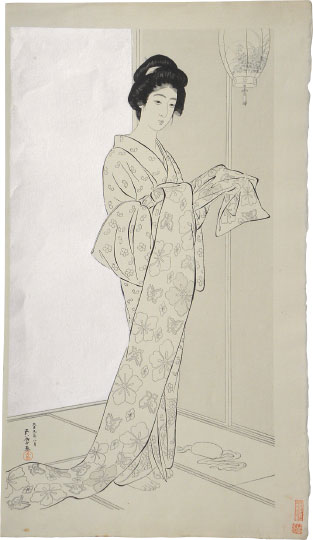