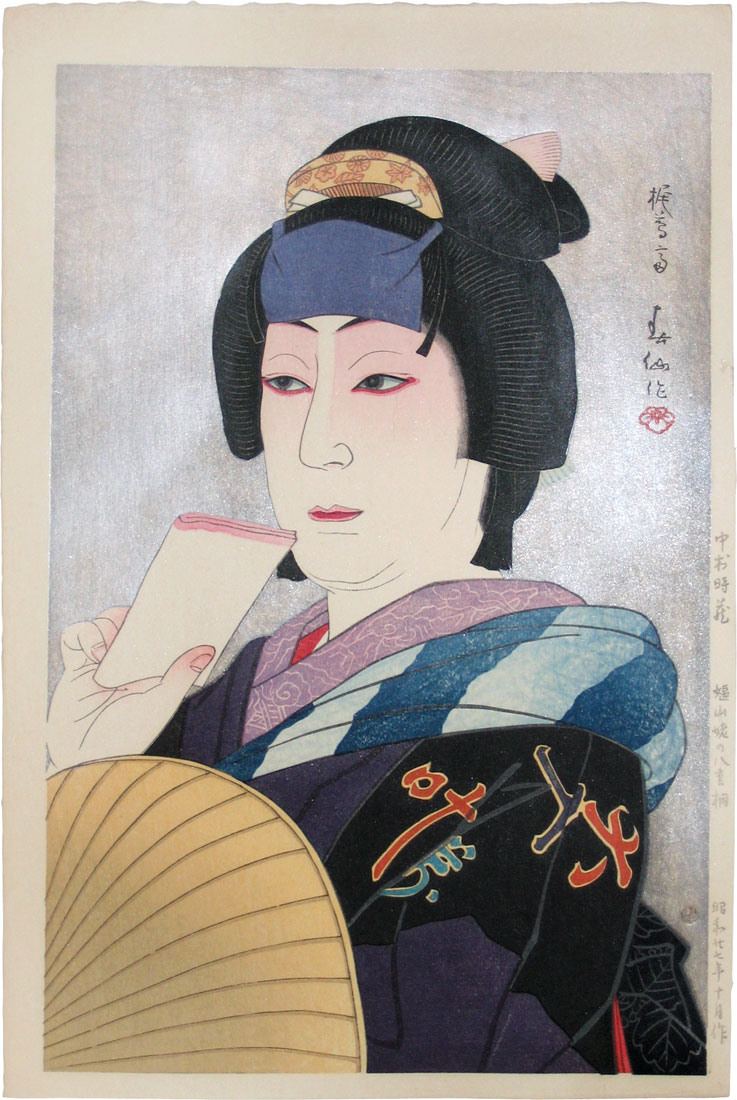 The actor Nakamura Tokizo III (1895-1959) is in the role of Yamanba no Yaegiri from the play Komochi (The Mountain Witch Mother). Yaegiri is a beautiful woman who is forced to work in a pleasure house after her husband, Tokiyuki, abandoned her to avenge the death of his father. After they find themselves reunited, she realizes that Tokiyuki has not been searching for his father's killer but instead has traveled to different castles, selling tobacco and singing songs to princesses. He does not even know that his father's death has already been avenged, a fact that in her fury she satisfyingly imparts. Deeply in shame, he prepares to commit seppuku (ritual suicide). However, with his dying breath he swears that in death he will turn his spurned lover into a boy. As he dies his spirit takes possession of Yaegiri's body and she collapses off stage behind a screen.

When Tokiyuki arrived to the palace earlier in the play, he was traveling under the name Genshichi, a tobacconist. Before Yaegiri's entrance, he engaged in palace intrigue, played the shamisen, and courted beautiful princesses, activities which only deepened the anger and resentment Yaegiri felt towards her estranged husband.