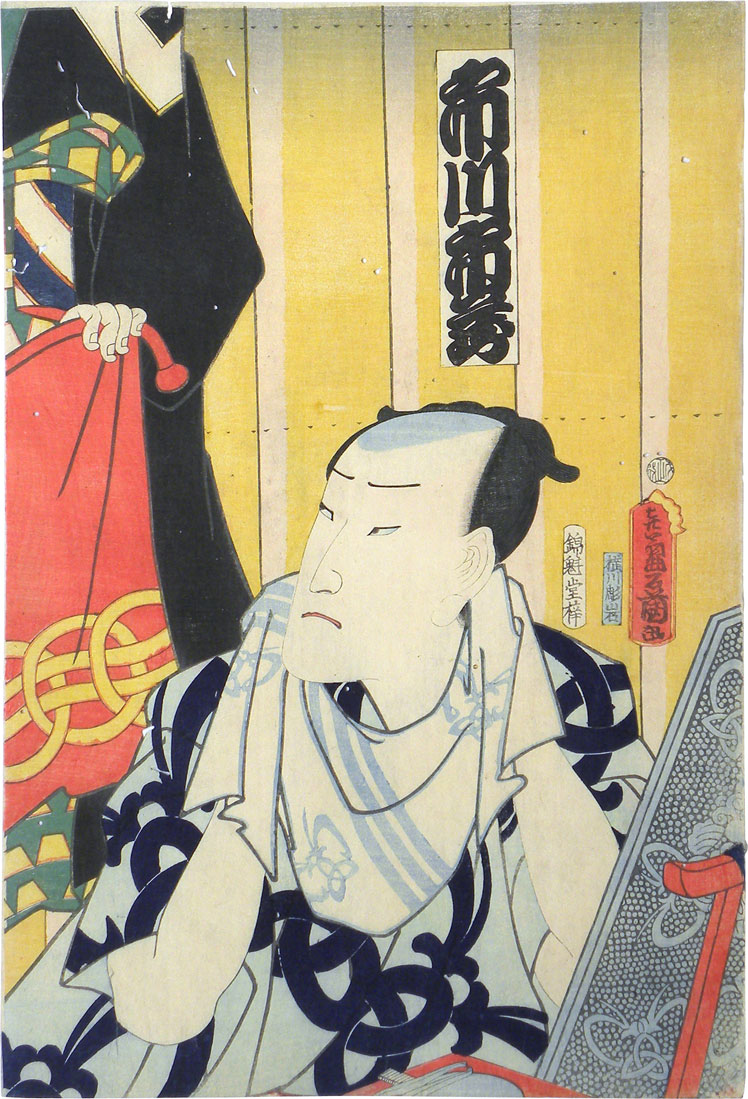 The actor Ichikawa Ichizo III (1833-65) is seated before a bronze rectangular mirror in his backstage dressing room. He drapes a hand towel around his neck and turns to an attendant, unseen but for his hands, who holds a red garment decorated with a pattern of interlocked circles. Ichizo III was a promising actor who mostly specialized in roles known as jitsugotoshi- a righteous and clever man, although he also took on katakiyaku (villainous) and onnagata (female) roles as well. However he died in his early thirties before he could develop a more extensive repertoire.