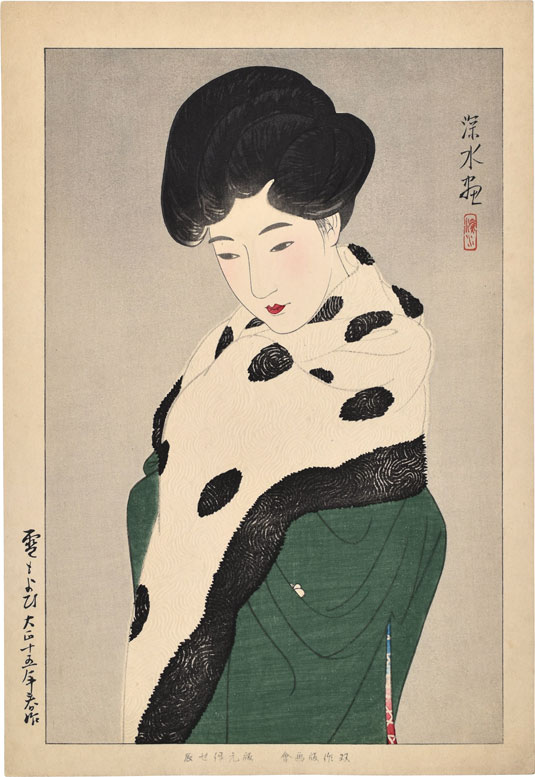 This print was part of a collaborative series of woodblock prints issued by the publisher Isetatsu (Hirose Tasugoro) comprised of five sets of two prints, each set pairing an image of a beauty designed by Shinsui with a landscape by Kawase Hasui (1883-1957), for a total of ten works. This design was paired with Hasui's Lingering Snow at Sanno (Sanno no zansetsu).

This print is one of the very few occaisons that Shinsui depicted a beauty that could be regarded as a moga (shortened from modan garu, or 'modern girl'), as suggested by her sophisticated Western-influenced fashions.