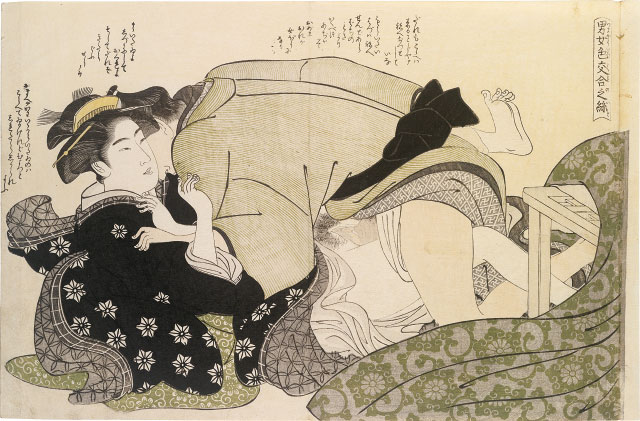 the tenth design from an album of twelve prints; a beauty dressed in a black kosode with her lover whose face is tucked into her neck, a heavy coverlet draped over a kotatsu (heated table) to the right indicates the cold season, ca. 1790

This series was issued in the benigirai-e ('avoid red' print) palette, which limited the colors used on prints to yellow, purple, green, grey, black, and sometimes light blue. The muted palette was popular from the 1780s into the 1790s. It is interesting to note that this print was previously attributed to Kubo Shunman (1757-1820), presumably due use of black and grey as the dominant colors, a color scheme which is evocative of Shunman's famous Mutamagawa (Six Jewel River) series which was published ca. 1785-89.