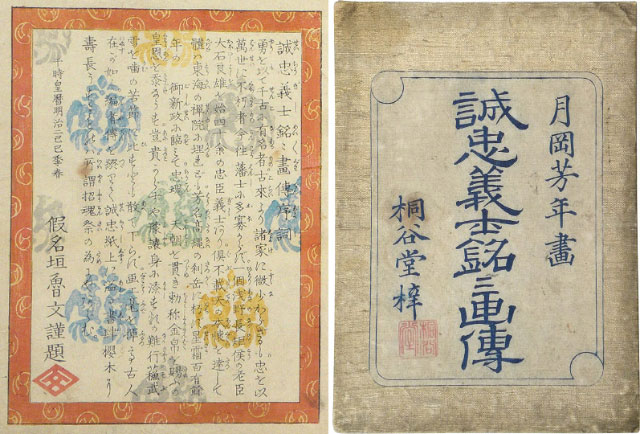 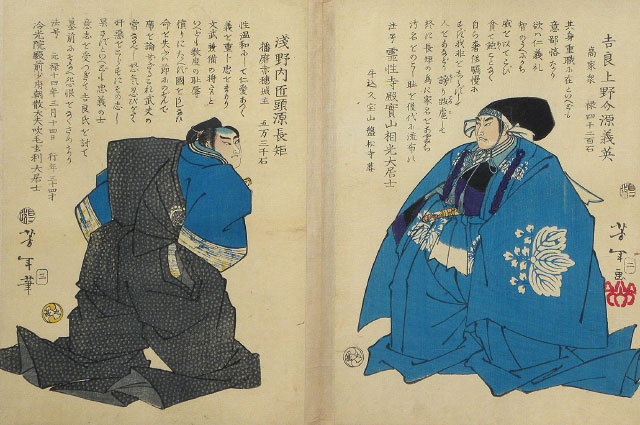 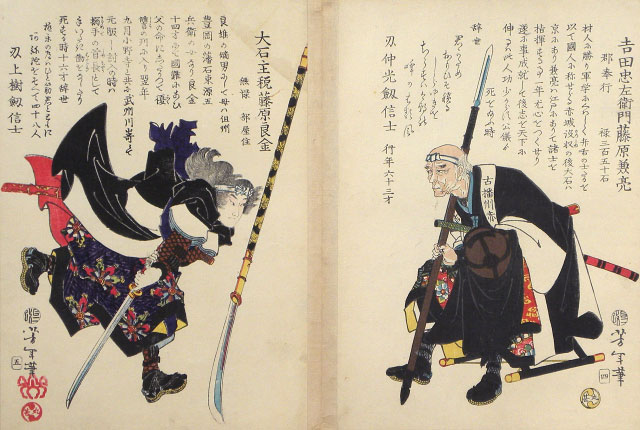 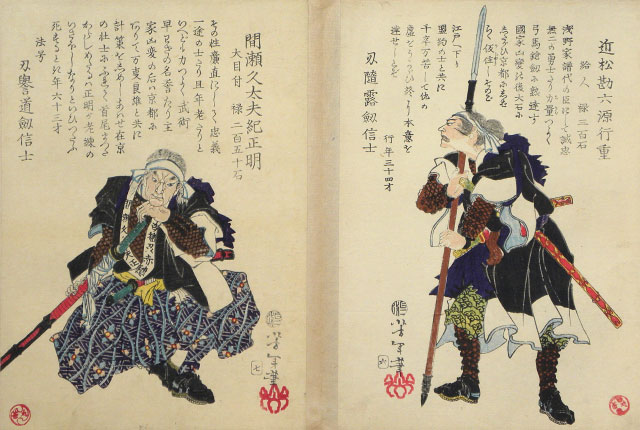 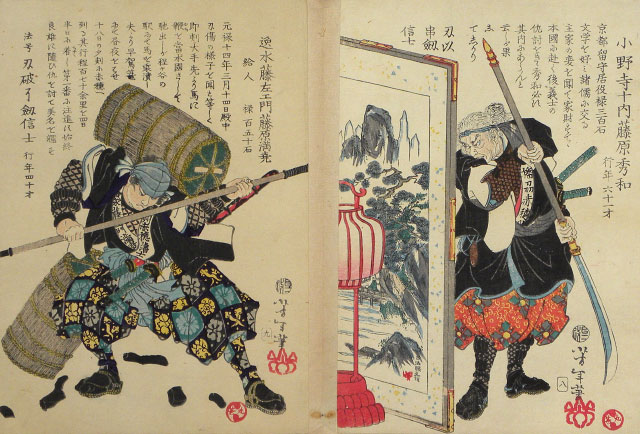 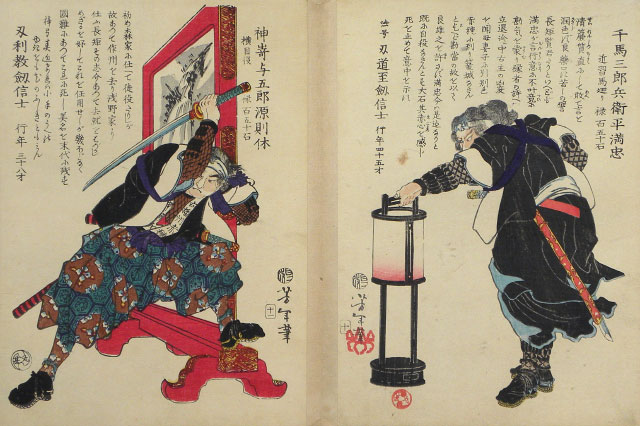 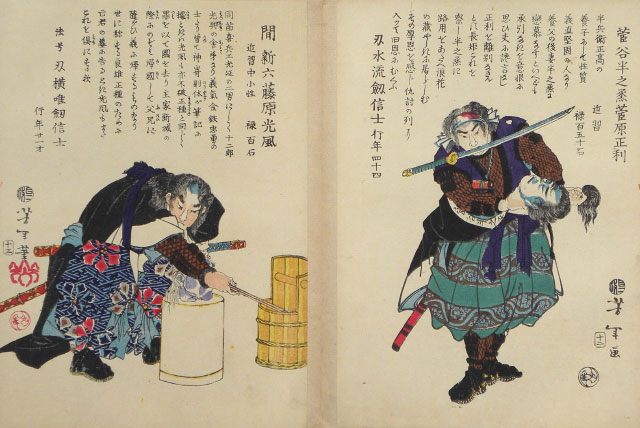 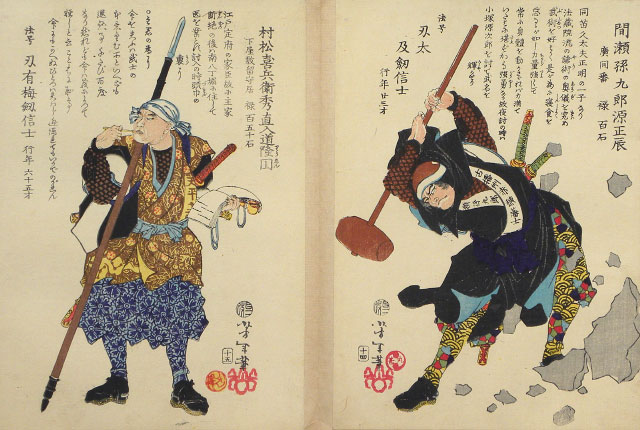 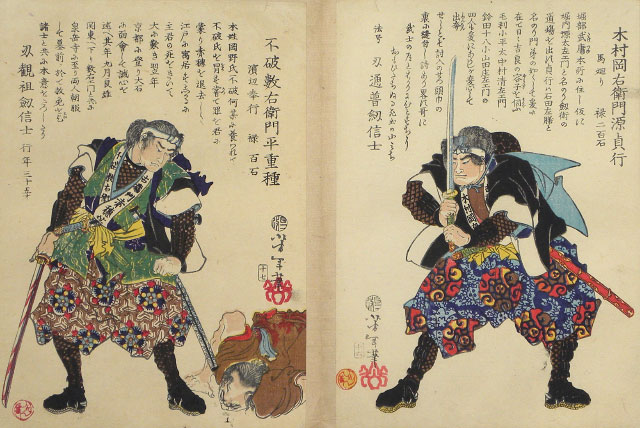 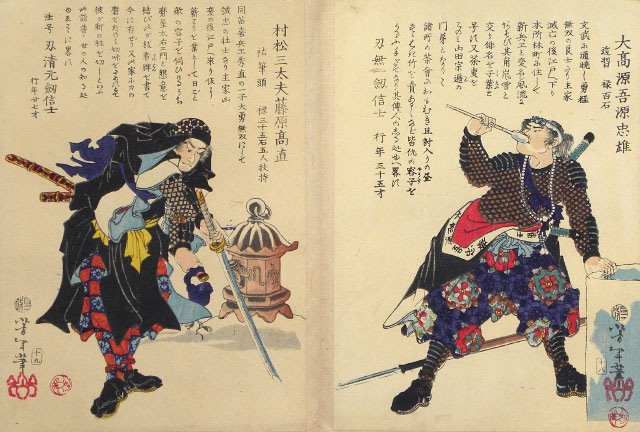 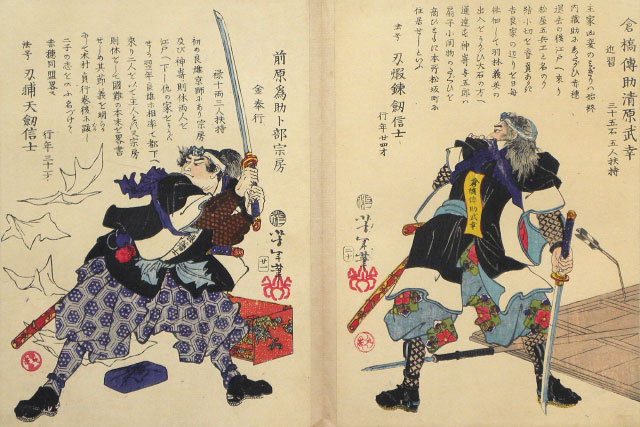 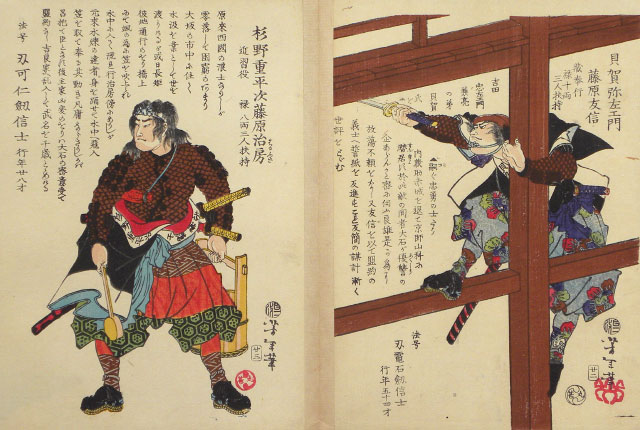 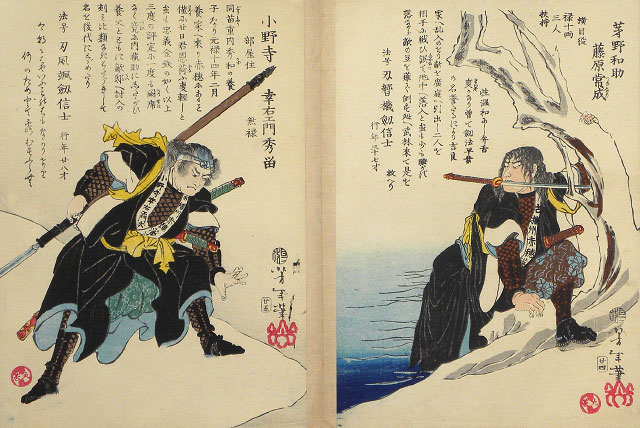 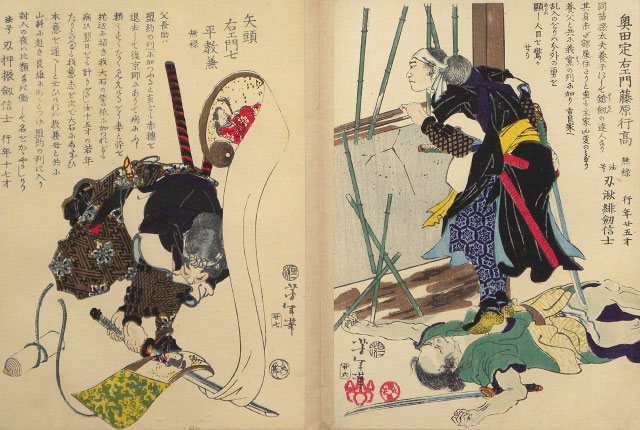 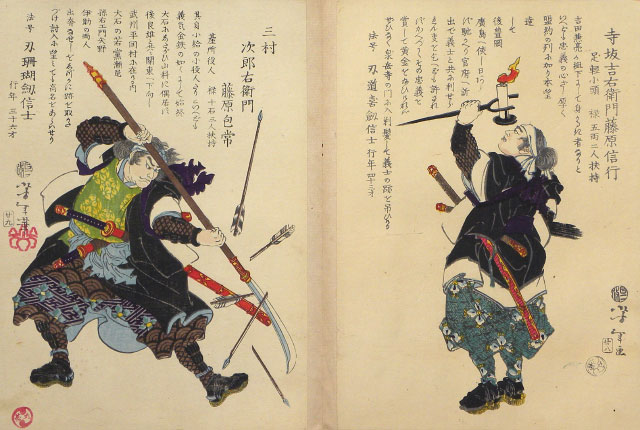 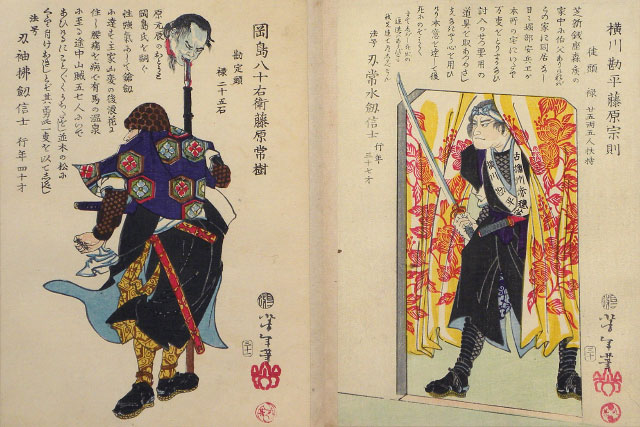 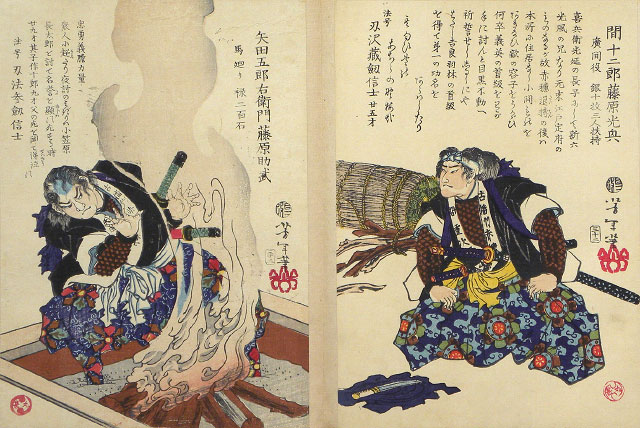 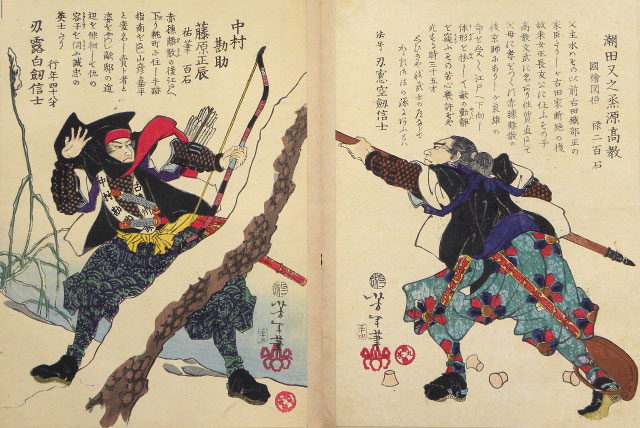 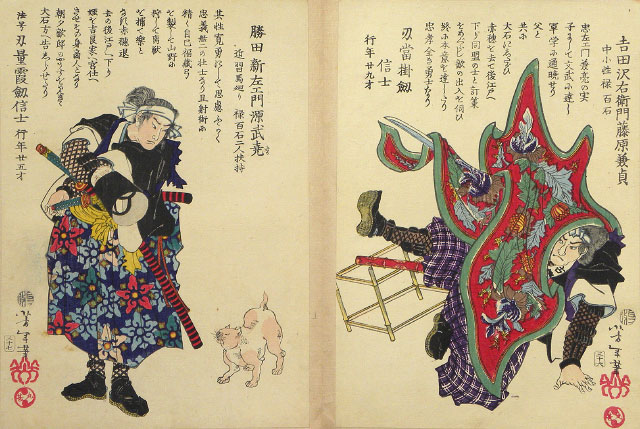 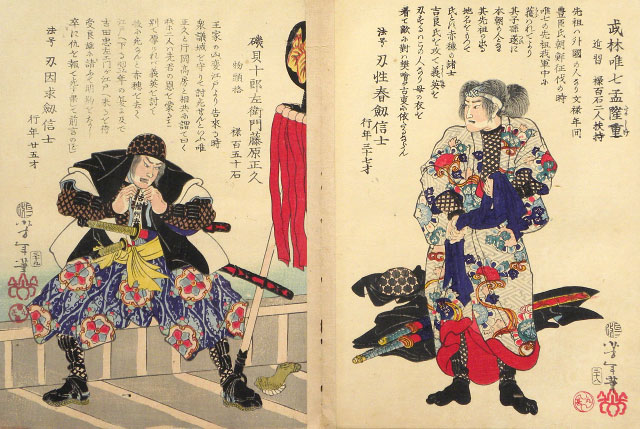 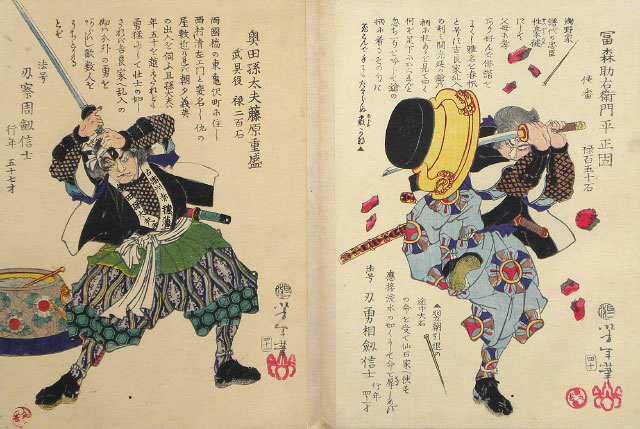 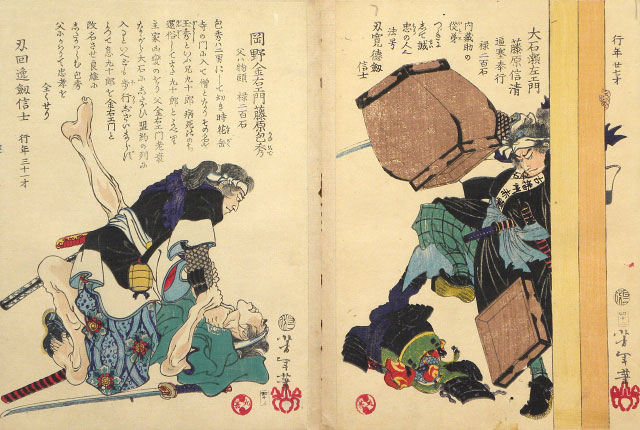 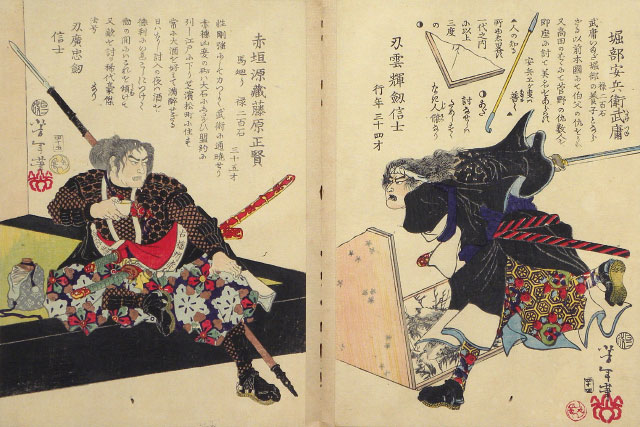 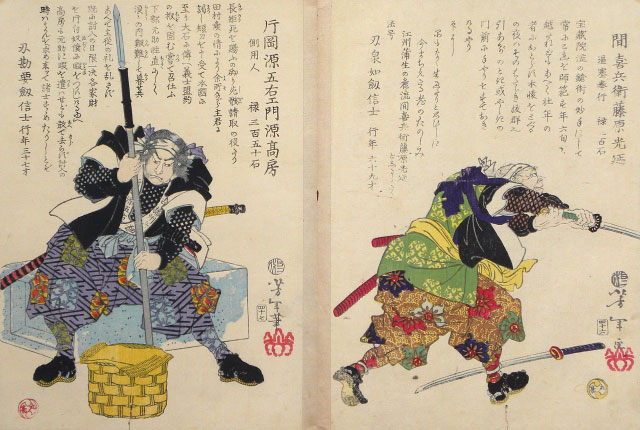 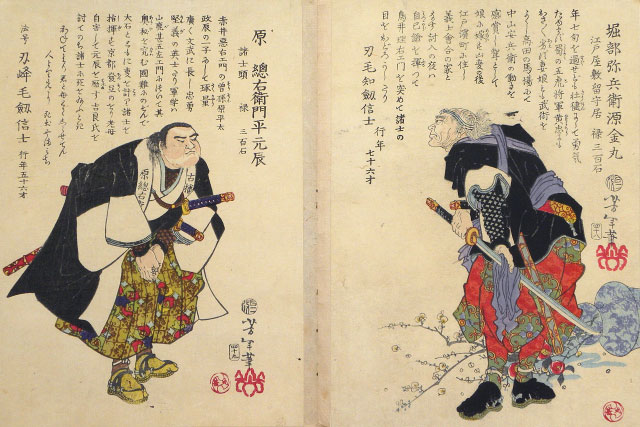 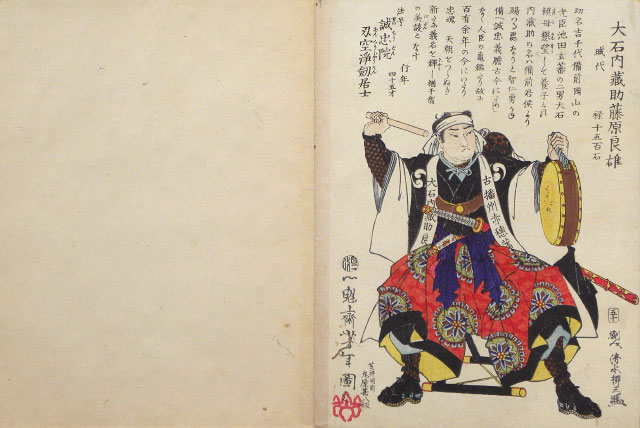 Stylistically, Yoshitoshi's 1869 series Individual Pictorial Biographies of the Loyalty of the Faithful Samurai (Seichu gishi meimei gaden) is quite similar to the series Stories of the Loyalty of the Faithful Samurai (Seichu gishi den) composed by his teacher, Utagawa Kuniyoshi (1797-1861), between 1847 and 1848. Both identify the subjects by their historical, rather than kabuki, names, and place the warriors in dramatic poses with short biographies against plain backgrounds. That Yoshitoshi had just designed an oban format Forty-Seven Ronin series the previous year should not come as a surprise as Yoshitoshi was following in the footsteps of his teacher who was a master and in many ways an innovator of musha-e (warrior prints). Early in his career, Yoshitoshi produced a number of warrior series, and the loyal retainers (and their kabuki counterpart, Kanadehon Chushingura) were a very popular and marketable theme.